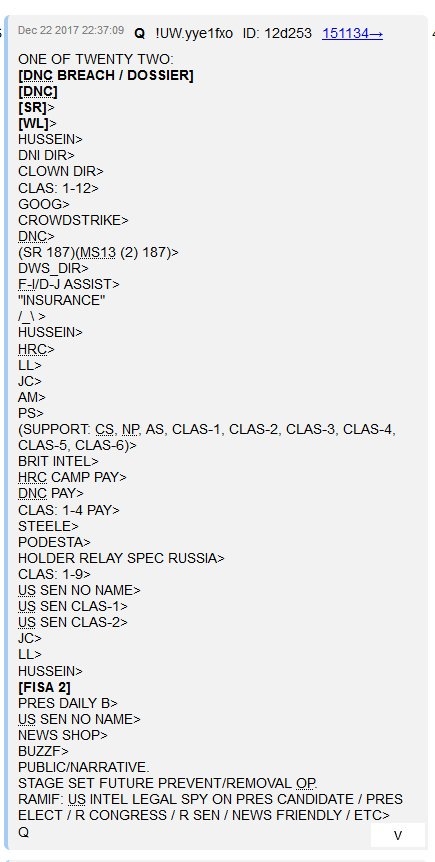 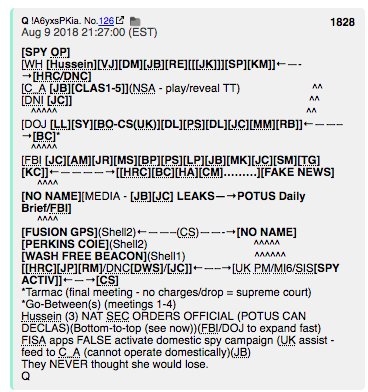 https://www.foxnews.com/politics/mccain-associate-gave-unverified-steele-dossier-to-buzzfeed-court-filing-says Future proves past. News unlocks. You have more than you know. "….and House Speaker Paul Ryan’s chief of staff, John Burks." When did Paul Ryan announce he was retiring? Why would the Speaker of the House retire? Age of Paul Ryan? Sometimes reading between the lines demonstrates those complicit in treasonous / traitorous acts are no longer (or soon to be) in positions of power. Forced? R's easier to remove than D's? D's holding on to power as long as possible hoping to sway pending action [cover]? Think DECLAS. Think SC. ……….. How many senior FBI & DOJ officials have been removed? None left by choice. Nothing To See Here. Nothing is being done. The Biggest 'ACCURATE' Conspiracy…. FAKE NEWS ATTACKS DEMONSTRATE WHAT? Q
2y, 11m, 1w, 5d, 7h, 42m ago
#WWG1WGA
2y, 11m, 1w, 5d, 7h, 42m ago
8chan qresearch