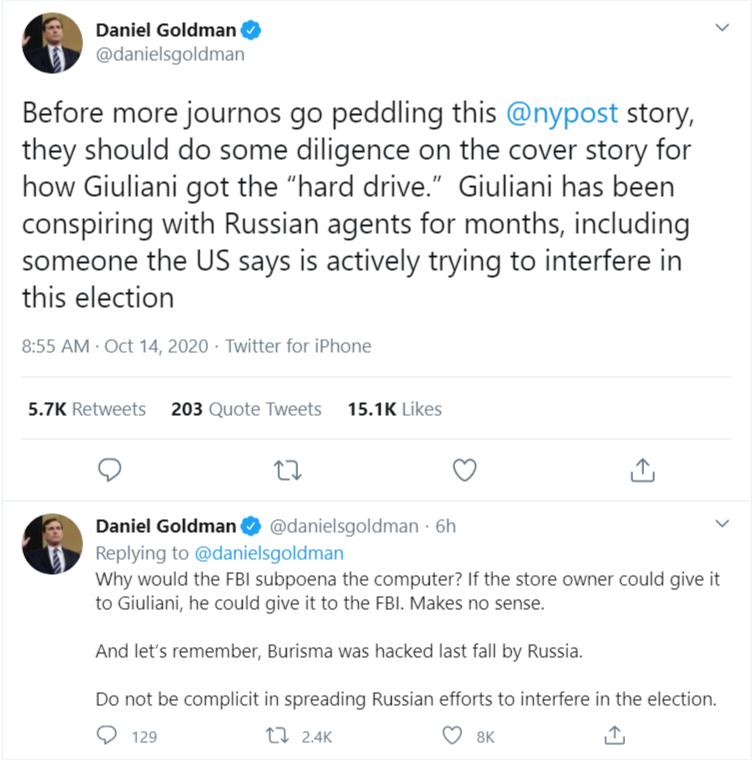 Lawfare Accomplice to Dem Peach Mint Debacle Goes All in on #MuhRussia2020 Before more journos go peddling this @nypost story, they should do some diligence on the cover story for how Giuliani got the “hard drive.” Giuliani has been conspiring with Russian agents for months, including someone the US says is actively trying to interfere in this election Why would the FBI subpoena the computer? If the store owner could give it to Giuliani, he could give it to the FBI. Makes no sense. And let’s remember, Burisma was hacked last fall by Russia. Do not be complicit in spreading Russian efforts to interfere in the election. https://twitter.com/danielsgoldman/status/1316362085220179977 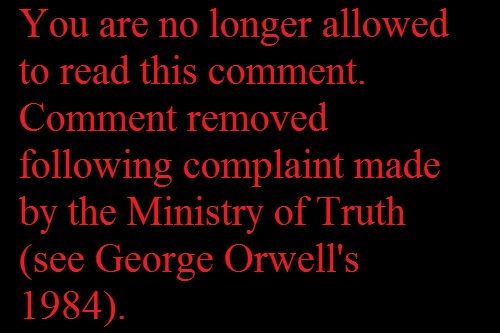