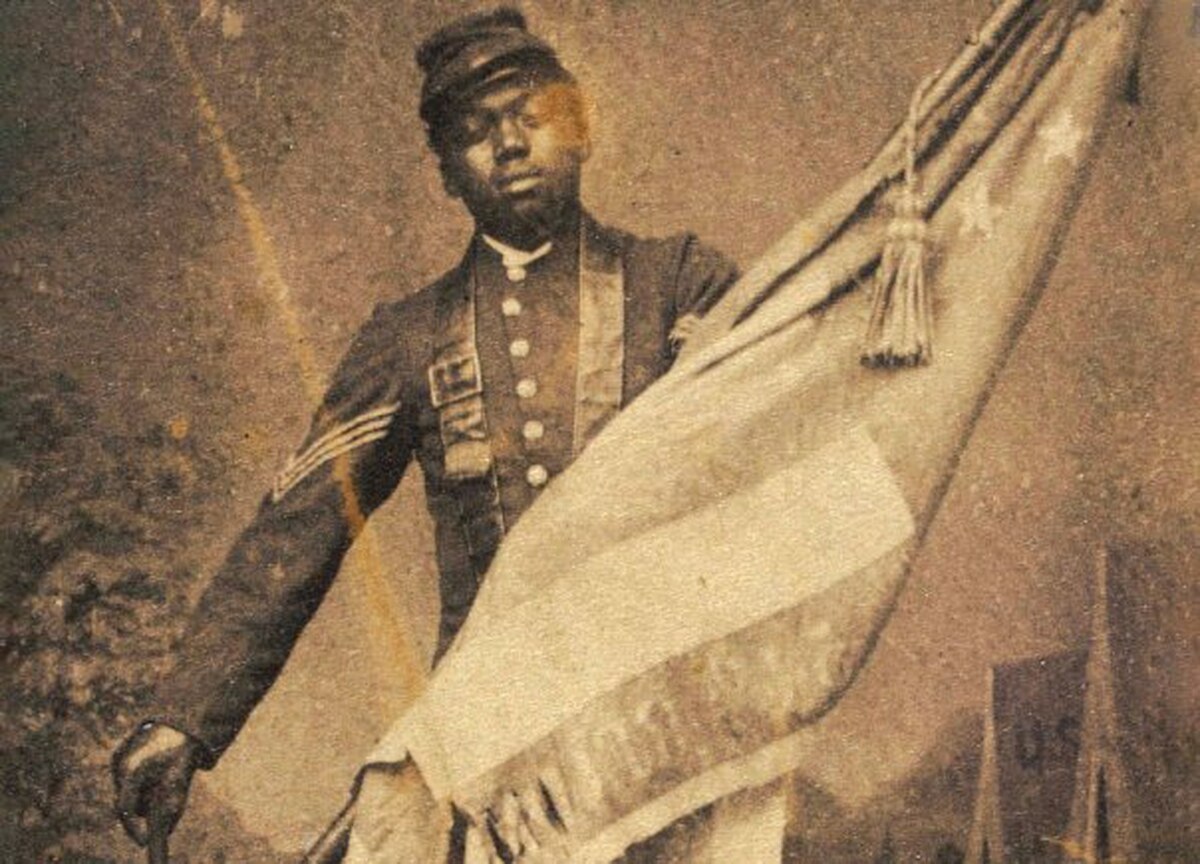 https://www.militarytimes.com/military-honor/black-military-history/2018/02/06/william-h-carney-the-first-black-soldier-to-earn-the-medal-of-honor/ Old Glory stands for Freedom and Equality for All. The Flag was carried by Union Soldiers during the Civil War in a fight to abolish slavery [v Confederate Democrats]. The Flag of Lincoln. It was considered a great honor to be chosen to carry the flag in battle. The Soldier was unarmed and knew they would most certainly die (as did most who fought), but understood that the fight, that their lives, was worth the cost (self-sacrifice). They believed in something greater than themselves. To them, the flag represented a symbol of freedom, of hope, of equality and prosperity. To disrespect the flag, to kneel, is to disrespect those people who fought and died to provide each and every one of us the rights we are afforded today. Old Glory knows not what color skin carries her - only that for which it stands - one Nation under God, indivisible, with Liberty and JUSTICE FOR ALL. TO FREE FROM OPPRESSION. “Freedom is never more than one generation away from extinction. We didn’t pass it on to our children in the bloodstream. It must be fought for, protected, and handed on for them to do the same, or one day we will spend our sunset years telling our children and our children’s children what it was once like in the United States where men were free.” - Reagan Q
2y, 7m, 2w, 6d, 17h, 25m ago
#WWG1WGA
2y, 7m, 2w, 6d, 17h, 25m ago
8kun qresearch