Currently displaying post dates/times in Eastern time. To set your timezone use the cogs icon at the upper-right. 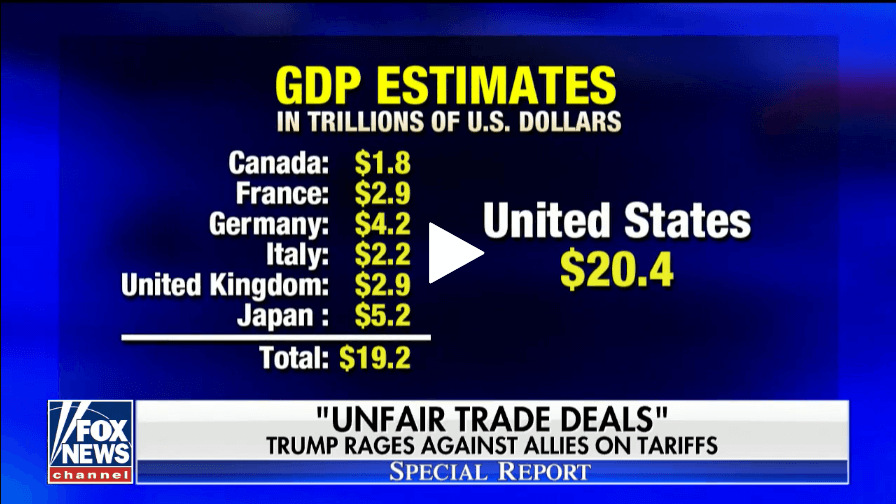 Ask yourself, if the U.S. GDP is greater than the total of all others combined (G7), which allows us to negotiate from a position of strength, why would previous President's 'knowingly' [unequally] distribute America's wealth away by making unbalanced trade deals? Why was America's wealth being distributed WW? Why was the American taxpayer essentially subsidizing the the rest of the world? The AMERICAN TAXPAYER has no equal anywhere in the world. ACCESS to the AMERICAN CONSUMER (U.S. Market) is ESSENTIAL for every major country in the world. AMERICA WAS SYSTEMATICALLY BEING WEAKENED. OUR MILITARY WAS SYSTEMATICALLY BEING WEAKENED. AMERICA IS BACK TO LEADING. AMERICA FIRST. THIS IS WHAT HAPPENS WHEN POTUS HAS NO STRINGS ATTACHED. Q
1y, 5m, 2w, 2d, 23h, 9m ago
https://qalerts.app/
1y, 5m, 2w, 2d, 23h, 9m ago
8chan patriotsfight

Get your QAnon swag @ shop.QAlerts.app.